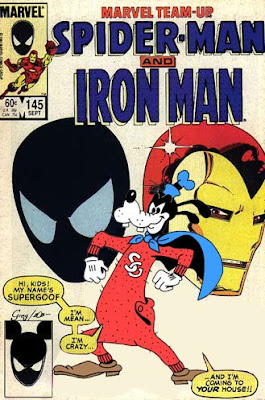 Disney buys Marvel and the pop culture world shakes… Some folks are upset, some think it’s great, some are wait and see. Me? I’m feeling a little worried about it as Disney can be quite a hog when it comes to pop culture. Plus, the house of mouse has an image that doesn’t exactly appeal to the average male. On the other hand Marvel has been screwing up most of their characters lately so why not. Disney could sure use the help too because it’s all but tapped out when it comes to creativity. The idea of Marvel and Pixar working together gets the fanboy similes going regardless.

The weird thing about all this for me is that it completes a setup of the big 2 comic companies that I think is backwards. DC has been a part of Time/Warner for a while now but you know what? It never sat right with me. Superman and Batman don’t belong with Bugs Bunny and Daffy Duck imho. DC has always been the goodie two-shoes universe and so they belong with the goodie two-shoes Disney characters. I’ve always thought the nebulous morality of the LT cartoons lent them selves better to the angst ridden Marvel Universe. Warner has done some great things with the DC animated shows so my bias has been tamped way down but with the sale of Marvel to Disney it jumped back up to the forefront. Spiderman and the Hulk with Mickey and Donald? Yuck….!
And since Disney owns the Muppets too I just know they will come out with Muppet versions of the Marvel Supers too, although that’s not so bad.

Ultimately all this probably means nothing except that the Marvel Superheroes will eventually get overexposed and Marvel might get much more litigious.

I do have one caveat to all of this in that it was pretty cool when Duck Dodgers joined the Green Lantern Corps. Maybe will see Super Goof join the Guardians of the Galaxy? 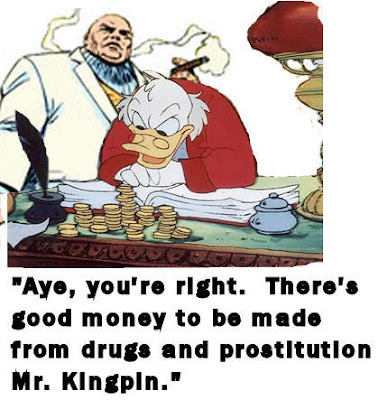 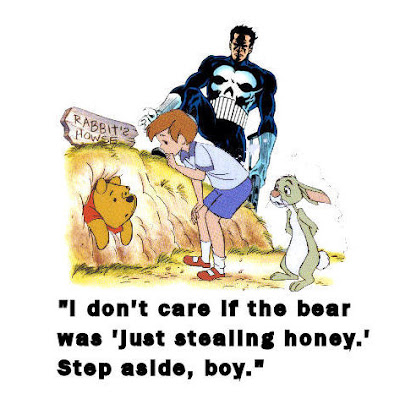 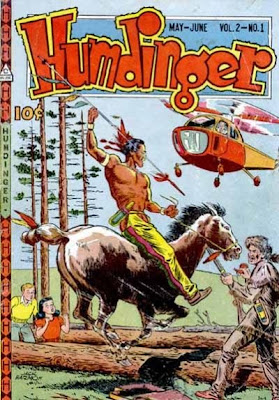 I've always thought the best westerns had helicopters as part of the plot. 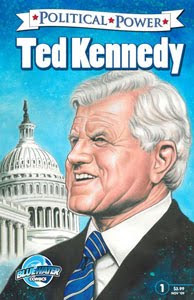 There is a lot of things to be said about Sentor Kennedy's life and death but I'll let others do that.
See here for a good one


I sure hope we can get a "good" health care reform bill passed. 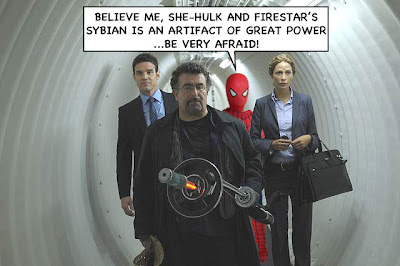 I’ve been watching SyFy’s (I F-ing hate the name change btw) new hit show Warehouse 13. Essentially it’s a show about that “secret government warehouse” you’ve been hearing about all these years. All kinds of supernatural relics or advanced artifacts are acquired and stored here so the general public is kept safe. Every episode usually revolves around the lead characters tracking down an object after some weird/supernatural occurrence happens. It’s not a perfect show as the investigations are laughable but it has a Buffy-esque charm that plays well. W13 could easily devolve into an artifact of the week akin to a monster of the week show but thankfully it’s mostly a character driven program with moments of humor. Probably the best things about the show (besides the excellent casting of Saul Rubinek) is that W13 is one of the best possible ways to do a “fantasy show” with a limited budget. It’s had a few hiccups but I feel it’s on good footing for a first season. It’s interesting to note that 50% of the audience for W13 is female which is a huge jump for the SyFy channel. The first season hasn’t even finished its run yet and a second season has already been green lit. On a comic book geek note CCH Pounder who plays the government agent Amanda Waller in Justice League Unlimited plays a similar role here as Warehouse 13’s Shadowy boss.

I’ve also been enjoying the BBC’s Being Human about a Vampire, Werewolf, and Ghost sharing a flat together. It sounds really corny and it kinda is but like Warehouse 13 I like that fact that there is almost no budget for the show consequently so much relies on the dialog and the personality of the characters. It rips off tons from the World of Darkness games (among other things) but BH has a certain charm. The first episode was confusing though because I felt that I had missed an episode and indeed I had. There was a pilot that had two of the three major characters cast with different actors and of course that pilot was not shown in the states. Check it out if you like “Thrift Store Horror.”

I tried to think of something fun to give my niece last month and for some reason Galaxy High School popped into my head. Why I thought a 23 year old Saturday morning cartoon would entertain a modern high schooler, I’ll never know. But my intuition was on the money as apparently she’s been watching the DVD set over and over like crazy. It’s too bad it only had one season.

I saw program about exoplanets over the weekend on the science channel. What the was really cool is that the show nicknamed planets that orbit pulsars as Zombie Planets because they are dead worlds created from the debris after the destruction of a whole system. Hmmm… 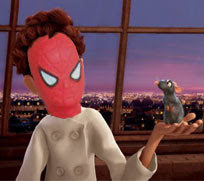 I had an interesting foodie experience at Trader Joes last weekend. The wife was feeding a sample of gnocchi to Jr. and he was enjoying it so much that I decided to give it a try as well. I grabbed a cup and while I brought a spoonful of the gnocchi to my mouth I noticed that there was some sort of tomato sauce with zucchini on it. Not thinking much of it, I popped the food in my mouth. I noticed that it had a wonderful sweet-earthy taste and I actually thought to myself this sauce was real peasant food. Then I had the image of Anton Ego’s reaction to eating Remy’s Ratatouille dish. After savoring another bite I thought, “hmmmm Ratatouille must really taste similar to this.” I looked over at the sample stand to see what the sauce was and the sign read Ratatouille.

I’ve never had ratatouille in my life… and I had no idea what it looked like or the ingredients in it beyond the Disney film. It’s weird. Ratatouille is a great film but I never realized that it actually had the power to impart what something actually tastes like.

see here for a picture of Trader Joe's Ratatouille.

Is A Group Of Zombies Called A "Herd" Or A "Pack?" 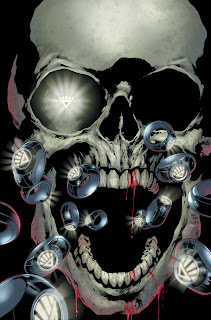 This is going to sound really sexist but I get worried when Zoe Saldana states that she's going to fight to have Uhura wear pants. Apparently she just doesn't get the character. This is akin to Zachary Quinto arguing that Spock shouldn't have pointy ears or Shatner playing Kirk without a hair piece. It's just wrong.

This io9 article on the preponderance of zombies in comics really rubbed me the wrong way. For one thing it opens with this tripe:

First, DC Comics unleashed a legion of undead characters in its Blackest Night event. Now, Marvel has announced Necrosha, an upcoming X-Men storyline that will bring back lots of dead mutants. When did zombie superheroes become the hot new thing?

Serious fans of comics of which I don't include myself will immediately see the problem with that opening statement. Put that aside there's much more history to zombies and comics, especially surrounding the comics code, that the author appears oblivious to. Don't write about something you don't know.

Put me in the David Tennant for Bilbo crowd.

Here's an interview from Comic con with the great Hayao Miyasaki. My favorite bits- Miyasaki doesn't watch movies or television and still won't commit to retirement. He's going to make movies until he drops.

I just finished all the League of Extrodinary Gentlemen GNs including 1910. Wonderful, dense work as usual from Moore. The only criticism I might level is that the books suffer (especially 1910) from a preponderence of too many characters who often have nothing to actually DO. It's really a minor quibble with some fine work.

Me and the fam are plodding through season 5 of Buffy. That's the season where Buffy's sister Dawn is introduced. The first three episodes at least have incredibly clever/ funny dialog that's still light years ahead of most stuff on television. Great show.