This one got to me 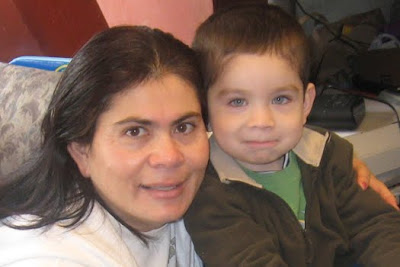 Hi everybody, last week I was perusing the Huffington Post ‘s Impact section when I came across Lucia Duran’s story and it really struck a cord with me and so I decided to donate a few dollars to help her out. This charity drive is part of the 12 families, 12 cities, and 12 days that the Huffington Post is running to raise modest sums for various families in need this holiday season.

Lucia’s story of recovery from various periods of domestic violence and her will to strive for a better life for herself and her kids just broke my heart.

After reading the article last week on Christmas Eve, just couldn’t get her son’s picture out of my mind. He’s so young and yet he has already had to deal with such awful problems. I have to say that I have been, well, haunted by his intense, yet hopeful face, but why? I guess I saw both my son and myself together in his expression. This is something heavy that I haven’t quite worked out but it has knocked me for loop. So I sent a few bucks. It would be so great if the cycle of violence ended with Lucia’s son, Juan Pablo and her daughter, Fatima.

All the families that the Huffington Post is highlighting are very deserving, but I felt I just had to bring more attention to this one story. So if you have a few dollars to spare and still feel a little more holiday spirit, take the plunge and donate to a lady that is really trying to pick herself and her children up by the bootstraps.

I read the article, and I just wasn’t the same

The 12 families, 12 cities, and 12 days event ends on the 1st of January so there is only three days left. There is still time to a little that can make a big difference.

Lucia and her kids have received a lot help from the Homeless Prenatal Program and they're worth checking out too.

Lots of geek stuff happening for me personally. In no particular order of importance---

Swiney lent me trades of the entire Preacher series because he loves it and probably because I'm such a fan of Garth Ennis' "Battlefields" series.

I've read through the first three and "Ancient History" which covers the backstory of some of the secondary characters and I have to say I love it. It's a weird combination of things that Ennis mixes into his tale but it happens to be stuff that's right up my alley: westerns, Catholic theology (I'm a reformed Catholic,) vampires and such. There's also a faint subtext of Douglas Adams in much of the dark humor mixed into the story. Great stuff. 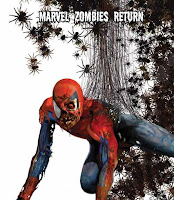 I got rid of my comics box a couple of months ago but picked up a ton of comics for the kid's stockings as I do every year. One of the titles was "The Marvel Zombies Return."

The original Marvel Zombies is a darkly hysterical take on an alternative universe where an infected superhero comes to earth, quickly turns the Marvel Zombies into the undead and they, in turn, eat everybody on earth in a matter of hours. Unfortunately the mini-series that followed this brilliant debut didn't quite measure up in terms of creativity with the zombie Spiderman and company conquering their hunger, becoming vegetarians and essentially nerfing the harder edge that had made the title stand out.

MZR has the series back to form. The zombies have been cast to other alternative realities where they suddenly regain their hunger and go all all you can eat buffet again. The first title has Spiderman falling into his own storyline from the 70's and trying to be a hero but winding up eating each and every archvillain that ever faced him, ultimately causing the plague all over again.

In my own Christmas Stocking were copies of the Weird War 2 expansion for the Savage Worlds rpg, the "Temeraire" series of books which Peter Jackson is going to make into a television series and Left For Dead 2 for the PC which will suck up some of my time when I get a chance. 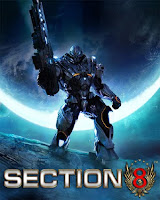 I've played video games since I was a kid with a penchant for computer games. This means I literally have decades of experience tweaking settings, loading floppies, updating drivers or whatever the hell I have to do to make a particular bit of gaming software work.

At the top of my son's Christmas list was a game called "Section 8." It's a 3-D shooter set in the future, sort of a mix of Battlefront and Halo. He was especially excited to unwrap the thing.

What followed was about three days of hell as I struggled to get this software running. It will come as no surprise that Microsoft is the publisher of this monstrosity. Much of the problem can be traced to Microsoft's DRM scheme. They require an internet connection to their Windows Live gaming network even if you're playing single player. Naturally this didn't work and the game would crash every time it tried to connect.

After searching the net I found that we weren't alone in facing this problem and that many, many people who had bought the game had struggled with the same issue. Complicating this was the fact there was no one solution but a mix of removing and reinstalling Games for Windows and removing and installing Section 8 seemed to be what resolved the problem for most people.

The only reason I can assume that this software was released in this poor of a state has to be that Microsoft really wants to kill computer gaming so everybody that games will buy an XBox. No other theory makes sense. 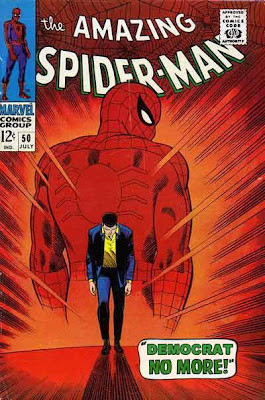 Hi folks, I've been busy with the new place post move and work has been crazy but I wanted to let you know how I've been feeling. It's seems that Dean Wormer and I have come to the same conclusion at about the same time. See his excellent post here.

I didn't think we'd get all the progressive stuff we wanted, maybe 50% (and I would have taken even 25%), but to get absolutely NOTHING! It's simply just too much. All the political capital that has been wasted in the last year coddling conservatives, insurance lobbyists and the list goes on.

I'm done with 'em 'cause the Dems really don't give a crap about the folks in their own party. So maybe if I leave it they'll start paying attention. ...Yeah right.


PS I'm also pissed because Dean is gonna post all his pop and entertainment news on his own blog now 'cause he can't bring himself to talk politics anymore. grrrrr
Posted by Swinebread at 8:09 PM 8 comments: 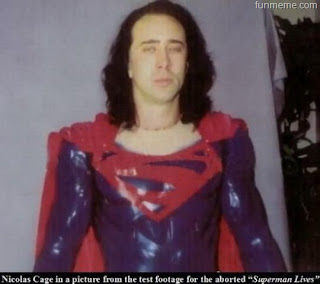 I just spoke to him on the phone.

Nor has he suddenly been bitten by a radioactive insect, discovered his parents were actually gods or aliens, walked into the path of an atomic experiment or any other thing that would have bestowed him with superpowers. He can't have superpowers. For one thing he's not single. We all know only single people have superpowers.

Swinebread is not serving time in an intergalactic prison, banished to the Phantom Zone or trapped in a giant block of ice to be revived thousands of years in the future. Neither he nor the city he lives in have been shrunken down so they can sit on the mantle of some super schlub.

He's definitely not a zombie or any other form of undead.

On the other side of the coin he hasn't been trapped on Paradise Island to be fawned over by hundreds of 6-foot tall Amazonian women that look suspiciously like Lynda Carter. So he doesn't have that going for him.

He's simply without computer access since the move. He plans on continuing this blog and sends his love to y'all.

So Commisioner Gordon you can stop shining the Swinebread Spotlight into the sky to call him out of his Swine Cave. He'll be back to fight crime, talk comics and piss me off when he fails to agree that Joss Whedon is the second coming of Christ before you know it.